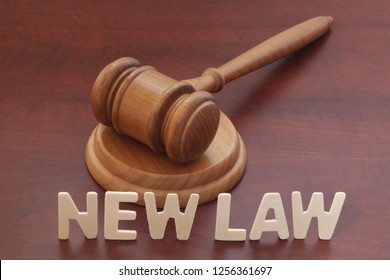 Known for a progressive and historically oriented approach to legal education, Willamette Law has announced the addition of a new professor to its teaching faculty. Julie Wolff, chief legal officer of Sarcos Robotics, has joined the College of Law. Her role will expand experiential learning. She will also be a part of a new Children’s Law Training Center, a first-class training space that offers immersive learning simulations. She will help to improve the protection of children in South Carolina.

Incoming students in the School of Law are some of the most academically accomplished in the school’s history. They were the fifth-most successful class in the recent bar exam statistics, and the school has improved its overall profile for the fifth consecutive year.

In addition to the aforementioned additions, Willamette University has received an estate gift to expand curricular modernization. The gift will help expand experiential learning. In addition, the College of Law will launch the Signature Strengths Initiative, a program that celebrates and promotes the many strengths of the Law School’s students and faculty. It will also include a new mobile law office, Palmetto LEADER, which will crisscross the state to assist those in need.

The School of Law is also welcoming a new adjunct professor, Terrence Green. This upcoming fall, Green will teach immigration law. Previously, Green worked as a senior manager of technology and development at Virgin Hyperloop One. He has also spent nearly a decade exploring other careers.

The College of Law will also be launching the Health Law Certificate, focusing on evolving legal issues in the health care field. It will be the sixth certificate offered by the College of Law. This fall, Green will also teach the Law and Human Rights course, which will explore the intersection of international and domestic law.

Incoming Law students will be joined by faculty in 14 locations across the Midlands. In addition, a new rule of law collaborative is being formed, and will provide support to developing and post-conflict countries.

The Bruce Spaulding Trial Competition, held on September 14, was the final round of contests for the students. The competition featured leading legal scholars and third-year students, including Bennett Gore Jr., director of the Veterans Legal Clinic at the University of South Carolina School of Law. He was also a recipient of the Ella Baker Internship at the Center for Constitutional Rights.

In November, the Oregon Women Lawyers Foundation awarded Willamette Law a 3L Traci McDowall Armonica Grant. The award honors students who demonstrate outstanding scholarship and leadership. The students were chosen from among more than 350 applicants. In addition, the College of Law will be adding a LexScholars Post-Baccalaureate program, which will provide opportunities for more aspiring attorneys.

In addition, the Willamette Law College of Law welcomed seven members of the Law Faculty who will receive tenure. These seven teachers, along with seven other members, were recognized at the Opening Convocation.

The College of Law has also received the Konduros Fisherman Fund’s donation of more than $1 million. The donation will help support the Rule of Law Collaborative, which is directed by Joel H. Samuels. The collaborative will serve as a central point for the Law School’s efforts to address justice gaps in the United States and in other developing countries.