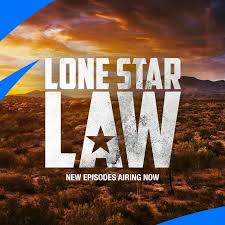 Willamette Law’s Signature Strengths Initiative aims to honor the unique skills of each of our faculty members, as well as to provide students with a uniquely progressive approach to law education. Currently, students are asked to answer questions about real cases, and then they watch the case in a live courtroom. This approach teaches legal practice, but also encourages students to take on leadership roles and make a difference in the community.

The Signature Strengths initiative is a part of Willamette Law’s history of providing a diverse, holistic approach to legal education. Moreover, it is a way of acknowledging those who have made a positive impact on the law and the community.

In March, two Willamette Law professors received promotions. David A. Friedman was named Associate Professor of Law, and he will support the Standard Life Insurance Company. Additionally, he commented on escalating legal tactics in the Oregon v. Oracle lawsuit.

Another promotion occurred in March when Symeon C. Symeonides was recognized by the American Society of Comparative Law. He has drafted legislation for three states and has participated in the drafting of international conventions. During his tenure at Willamette, he has written seven books.

In addition, Willamette Law has added Dustin Buehler to its faculty. He will be teaching Civil Procedure in the fall. As an alumnus, he has been an active participant in the Business Law Clinic. His previous work includes trademarking the logo for a local business.

Also, in September, the Bruce Spaulding Trial Competition concluded its final round of contests. Third-year students competed for prizes, and the judges included prominent legal scholars such as Judge Ruth Bader Ginsburg.

This year, the Willamette University College of Law has welcomed six new professors. One of them is an accomplished attorney who was one of the first to join the faculty. Gretchen McCord specializes in copyright and privacy law. Her practice also includes social media law.

The College of Law has a long history of attracting prominent faculty. Professors such as John D. Tortorella and Lou Giaquinto have worked on various legal issues, including a murder trial. Similarly, Professors John Boyle and David Friedman have extensive backgrounds in business and international law. Lastly, Professor Robin Morris Collin will focus on environmental justice in communities that are disproportionately impacted by pollution.

The Signature Strengths Initiative is just one of the ways that the law school has been reopening its doors after a number of years of closedness. Students are learning more about protocol and asking questions about real cases. They are also becoming better prepared for law practice, while having access to top-notch career opportunities.

In addition to welcoming new faculty, the College of Law has also announced its plans to launch a 3+3 program. This allows students to gain both law and business expertise at Portland State University. Alternatively, they can enroll in the 4+3 program at Willamette University.

Two outstanding graduates of Willamette Law will be honored at the Spring Commencement ceremony. Justice Adrienne C. Nelson will be the keynote speaker, and Spencer Prosen will be recognized as a valector for the Class of 2021.